Why Rules of Order Should Guide and Not Rule

You are here:
Board Development 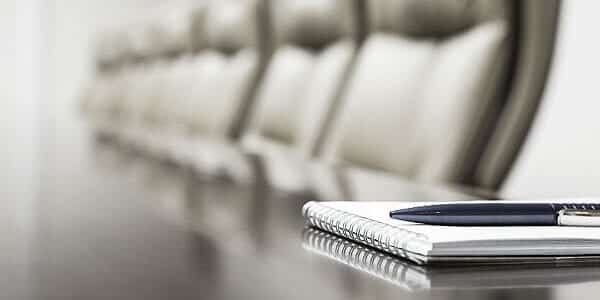 Rules of order are essential to any governing body. They give structure and guidance where other governing documents may fall short. That does not mean we should put them on a pedestal and reference them for every action taken. Nor should they be referenced every time a motion needs to be made or hinder forward progress in this age of technology.

In speaking with a new director of a large nonprofit board, he told me about how nervous he was about his new role and making a great first impression at his first board meeting. He heard about rules of order and its benefits in a meeting and decided to purchase a copy of “Robert’s Rules of Order,” the 12th edition. That is where the story took a sharp turn…

In purchasing the book, he thought it would help him be better prepared to conduct business at his first board meeting. On the contrary, it didn’t go as planned.

He told me, “Sitting down with the board that first meeting, I referenced it several times in the first couple of hours. It is fair to say that many of the other board members looked at me as if I had grown a second head. It was quite clear in my eagerness; I had missed the forest for the trees.”

Used effectively, rules of order are essential to any governing body. The following are appropriate uses and caveats:

Provides Structure: Rules of order provide structure and guidance where other governing documents don’t. That does not mean we should put them on a pedestal and reference them for every action taken during a meeting. Instead, they should make the meeting more efficient and not bog it down with complicated processes and procedures. Furthermore, they don’t need to be referenced every time a motion is made.

Adapts to Situations: Rules of Order should not hinder forward progress in this age of technology. Before the 12th edition of Robert’s Rules, for example, the rules on electronic meetings were minimal but now have been expanded. In considering all that has happened with the pandemic, organizations that were too closely tied to the Rules of Order became effectively hamstrung in conducting the organization’s business.

It could be argued that even with the enhancements in the 12th edition, the rules may still be too restrictive. Organizations should make a judgment call when to suspend the rules in an effort to operate efficiently during this time of uncertainty.

Convenient for Smaller Boards: In the United States, the average board size is about 15 directors. For this size, it is recommended to identify ways to enhance the organization through the use of rules of order.

A smaller board can use a less formal approach, which is acceptable to remain nimble and efficient. Not only will the use of rules of order make meetings more efficient, it will also allow for increased innovation at the board table. This innovation will stem from the efficiency of the meeting that allows for more time dedicated to strategic issues.

Necessary for Larger Boards: A large board, with greater than 25 directors, may very well benefit from more structure, like that provided in the rules of order. For example, large boards often struggle to control one or two loud voices. Using a stricter set of rules will allow for a more equitable opportunity for all voices to be heard and amplified.

To that very point, large boards that are strategically focused use the concept of breakout groups during the meetings. Using breakout sessions, either live or virtually (i.e. Zoom breakout rooms), can significantly enhance innovation and allow the other voices in the room to be heard.

All boards need to adopt an approach where the rules strengthen the organization and do not hinder positive progress. Keeping true to the intent of why parliamentary rules were designed can often be a boon to maintaining forward momentum, as they were developed to allow the minority to be heard and for progress to be made.

Educating the board on the reason why rules of order are important and how they can be utilized to make meetings more efficient will pay big dividends in the long run.

The most important element is to be consistent and have open conversations around what culture the board would like to have in place and what role parliamentary procedures should play in enhancing that culture. Use the rules as a reference when hard decisions need to be made and the reassurance of a tried and tested methodology will benefit the organization.

How Your Board Can Make Lemonade Out of Pandemic Lemons
December 4, 2020